How to to Start a Career in Acting with no experience 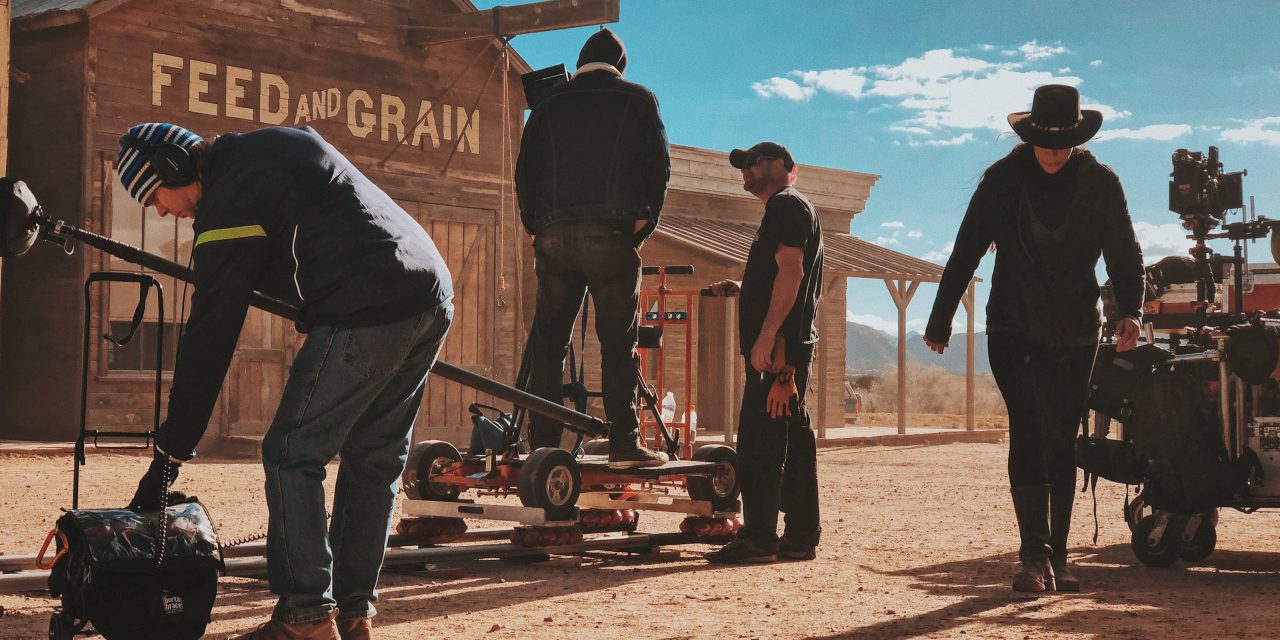 This is something that has absolutely fascinated me. Can it be done? Can you get into Acting at any age? How hard is it to get into? Can I get on Netflix? Well, Yes; of course you can. If you are reading this article, then you are obviously interested in finding out how to start a career in Acting – even if you have never acted before?

To start a career in Acting you should immediately sign up with your local acting academy. From here, learn, gain experience, and join other schools to advance. Keep improving; get a showreel and then find an agent. Once you have done a few small roles you will be able to apply for spotlight. Then from here, it is a case of how far you want to go. It is that easy.

All successes begin with self – discipline. It starts with you.

Starting a career in acting is really that simple

Yes; it is and I will walk you through where I am upto on this journey right now. I am 41 years old. Until last year, I had never acted in my life. I was shy; I feared the camera! But I knew it was something I always wanted to do. I just put it off so many times. I would sit in the cinema, watching films and getting frustrated with myself as I was not on the screen. I should be on that screen I thought. It is what I want to do. So why am I doing something else?

As it happens, there was a good reason. I had built my own business up the moment I left university and it achieved mainstream success and became a large company. With it, I had all the trappings of wealth. Over the next 16 years I forgot about acting. Fast forward to a tragedy in my personal life a few years ago that turned my world upside down and with it, the loss of my company. I was back at the start, from multi-millionaire to nothing. Although this was an incredibly difficult time for me it gave me perspective. I had another chance at life. What did I miss out on from my previous life that I never achieved? Acting! So, here I am today, one year later with some experience on advising you how to get started in this amazing industry.

Taking your first step into acting

Train locally. Typically, you will join an Acting School or group that trains once per week. There will be a cost and it usually ranges around £20 per lesson and each lesson will be approx. 2 hours. Do you research and join a group with a good reputation and good standard; Yes, you might be a beginner, however the first group I joined was an advanced one. I was so out of my depth, but it helped me to catch up to the required standard very quickly. This experience helped me to realise that if you are ever in a group where you are the best, move quickly onto a more advanced group. You never really should be the best in your group, or how can you learn and improve?

At this stage the aim is to improve as fast as you can. You will not be good enough to be put on television straight away as much as you would like to be. So, your aim is to improve. One thing I did early on is to join more schools. Yes, I signed up with 3x big schools in different cities. One of which I had to audition just to get in. My thinking was thus, If I were playing football, I would be playing at least 3 times a week. Then if I am going to act and take it seriously once a week is not enough. I see many actors that are highly skilled however they don’t seem to be pushing themselves. Once per week is fine at the start but get ready to ramp it up. You need to perfect your craft like in any other sector.

I would recommend reading some quality acting books. Books that really helped me in my journey include;
Stop Acting, Start Living.
Awakening the Actor Within: A Twelve-Week Workbook to Recover and Discover Your Acting Talents.
It’s the Audition, Stupid!: The actor’s essential guide to surviving the casting and getting the part.

You should also learn online. The internet is a fantastic resource. There is so much help online from casting directors to blogs to YouTube videos. So much information to take in and good information that will really help you to constantly learn and improve. Put the time in and remember; you are building your knowledge that will ultimately help you perform at a higher level and advance quicker.

Every Actor needs a showreel

At this point, maybe you have been learning for 6-12 months and you have enough skills to perform on camera at a moderate standard. Now is the time to get a showreel. This is a collection of videos where you are the lead role that you will use for you to obtain an agent and of course; jobs. Showreels can be done in one day. For example, I travelled to London for my first ever showreel which took a few hours. I had 3 scenes done and it cost approximately £400. This is a small investment and is essential if you are to progress. Obviously, you don’t have to pay for your showreel if you do it with other actor friends that you might know at this stage who also might be able to call some favours in for you. I know of other actor friends that have done this and/or did a showreel at the same time to reduce cost. Just make sure the showreel is to a professional standard otherwise there is no point. You aim after all is to get on the screen.

Want to get Acting work? then find an Agent

Talent agents submit actors for auditions. This step is important because an agent will open doors to jobs that you cannot. Certainly, at this stage, as you are an unknown actor. If you are performing with good actors at acting school, it is likely that some of them will already have an agent. It might be possible to join the same one as them if you are introduced. This however did not happen to me. The school I was at had an agency also but already had extremely talented people on there books and to get into that agency was unrealistic. So instead; the moment I got my showreel I looked up about 30 local agents in my area. When I say local probably a radius of about 50 miles from my home. This covered 2 local cities, so I had a good selection to choose from. All of them I contacted said No or did not reply. One however, did reply and signed me up. You only need one. Had it not of happened, I would have kept trying. That said, within 6 months of starting to act I had an agent. Great.

Don’t be afraid to fail. It’s not the end of the world, and in many ways, it’s the first step to learning something and getting better at it.

I mentioned just then all the agents said no to me bar one. I was so happy! I was already prepared for rejection. I have heard about how difficult an industry acting is to get into, which made it far more exciting for me. A challenge! Yes please. That said, you have just joined the agent and your probably one of fifty or so actors that on there books. So, do not expect miracles! Its likely you wont even get your first audition for some time. You are in fact, a gamble for an agent currently as although they like your showreel, you are unproven. Your agent will have to believe in you because their reputation is on the line if they send you to an audition and you let yourself down. So, make sure, when you do get a chance you turn up early (15 minutes early is on time, on time is late etc!) and perform to your best. Give them your version of the character. That is all you can do. Be prepared to get a lot of No’s before one Yes. Remember, getting a “No” will open doors to future opportunities you might have missed if you got a “Yes”. Its no big deal if you do not land that role. You are still learning and your aim at this stage is to gain experience.

Be Patient and Keep Learning: Become the best Actor

Once you have an agent make sure you do carry on at acting school. You would not sign for Manchester United and then just stop training?! I know lots of actors who have acted on television that still go to acting school. The industry is a difficult egg to crack, the supply is way higher than the demand to fill the rolls. So, you guessed it; the casting directors can pretty much handpick the best. So, keep learning, keep improving and your chance will come.When it does, smash it. Of course, there will come a time when you are a regular on a television show, or maybe you have landed a big part in the film. Your commitments then will change and maybe your experiences also. That said, for now you are at the start. But You can do this. You most definitely can. Discipline and focus are essential. Do not let anyone stop you on achieving your dreams. Good luck.

Actors Takeaway:
How to Start a Career in Acting with No Experience 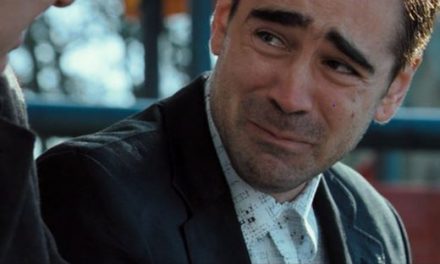 Can Actors Cry On Demand? 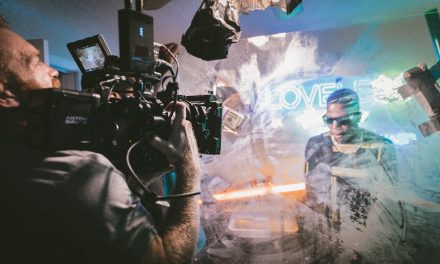 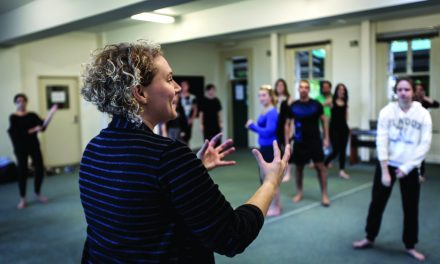 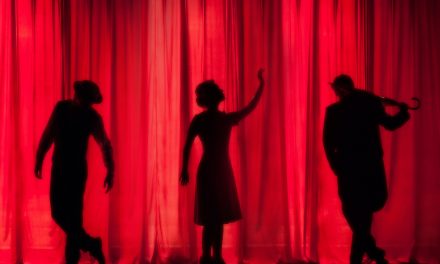 I Want to Become an Actor – Where Do I Start my Career?